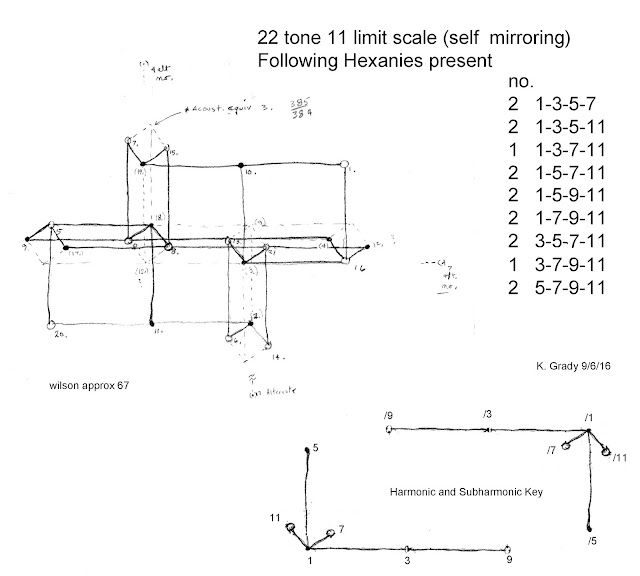 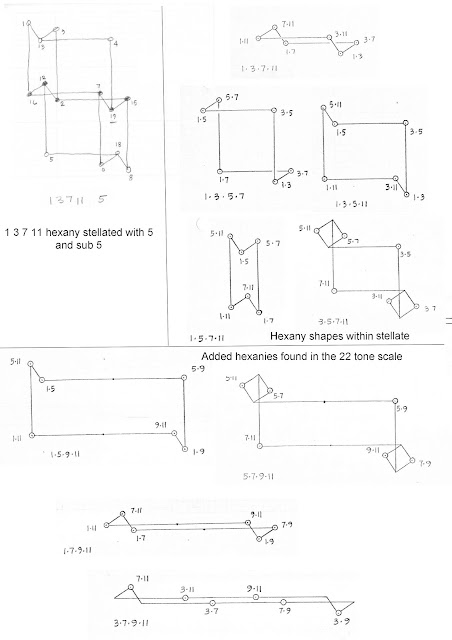 This 22 tone scale of Wilson's believed to be from 1967 was found in a series of papers, charts and scales based  stellating Hexanies in  i have not seen before. One particular method resulted in the example below which seems to form the core of the scale above. Wilson took the 1-3-7-11 hexany and stellated it with 5 and /5 to complete the 8 basic triads found within which results in the 14 tone structure to the left. The result of this type of stellation has unexpected results. for instance 4 other hexanies are formed each which occurs twice.  All involve the added 5 plus three factors of the 1,3,7,11 set.  Because of the relationship of most of the added pitches to this stellate being 3/2 above and below, to form this 22 tone scale. 4 more hexanies also appear. The result is one of many 22 tone scales that contain a great variety of compact hexany subsets.