I happened upon two different Wilson documents which where quite separated but i had viewed recently enough to remember and realized their relationship which are  presented below.  First a letter which i assume was to Brian McLaren followed by the paper in Novaro referred to. The third is Wilson respelling of the two points in a scale tree type way that shows the relation of novaro's ideas to this series. It was lucky enough to stumble upon some time before and showed Erv how Novaro series can be generated as a Pascal triangle or in a series like this. He ran with it.
It also explains some of his other division of a tetrachord in a like fashion. The method shows a quite way of generating non octave structures. 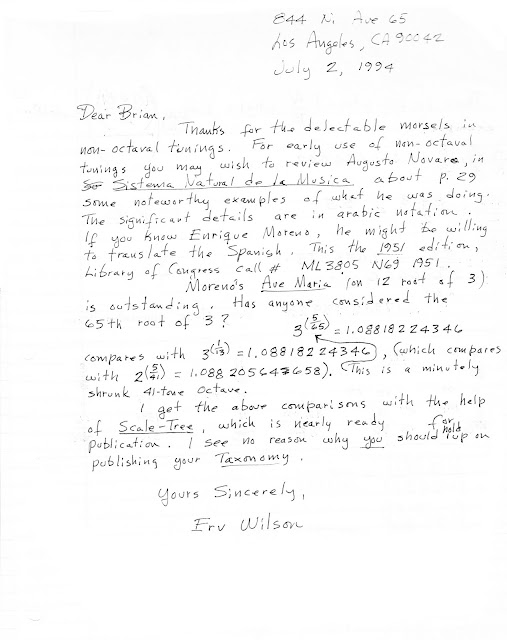 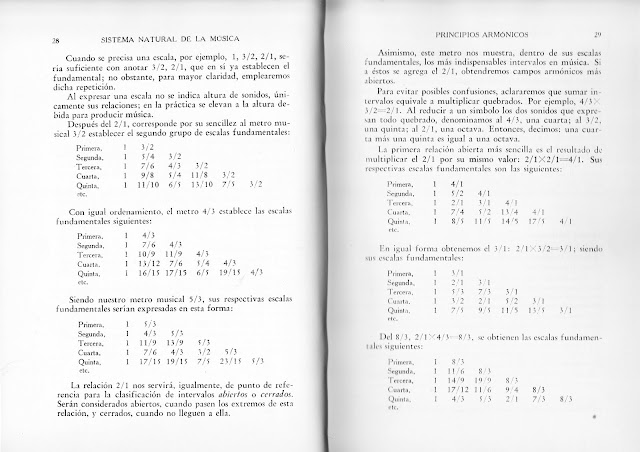 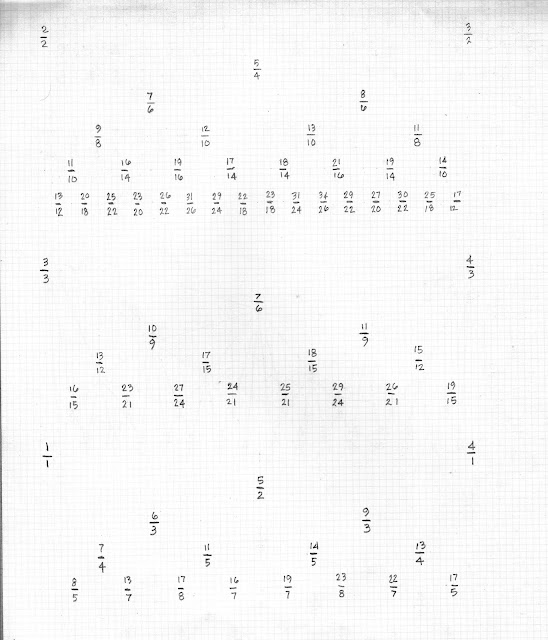 Posted by Kraig Grady at 4:53 PM No comments:

Here are two papers of Erv working with different voicings of the hexanies based on the simplest set of 24 permutations. He often thought of such held chords as sound sculptures and we can see in his notes his subjective responses they invoked as he played through them .
Posted by Kraig Grady at 5:12 AM No comments: