AN 11- Limit "Centaur" Implied In A Wilson Lattice-Update! 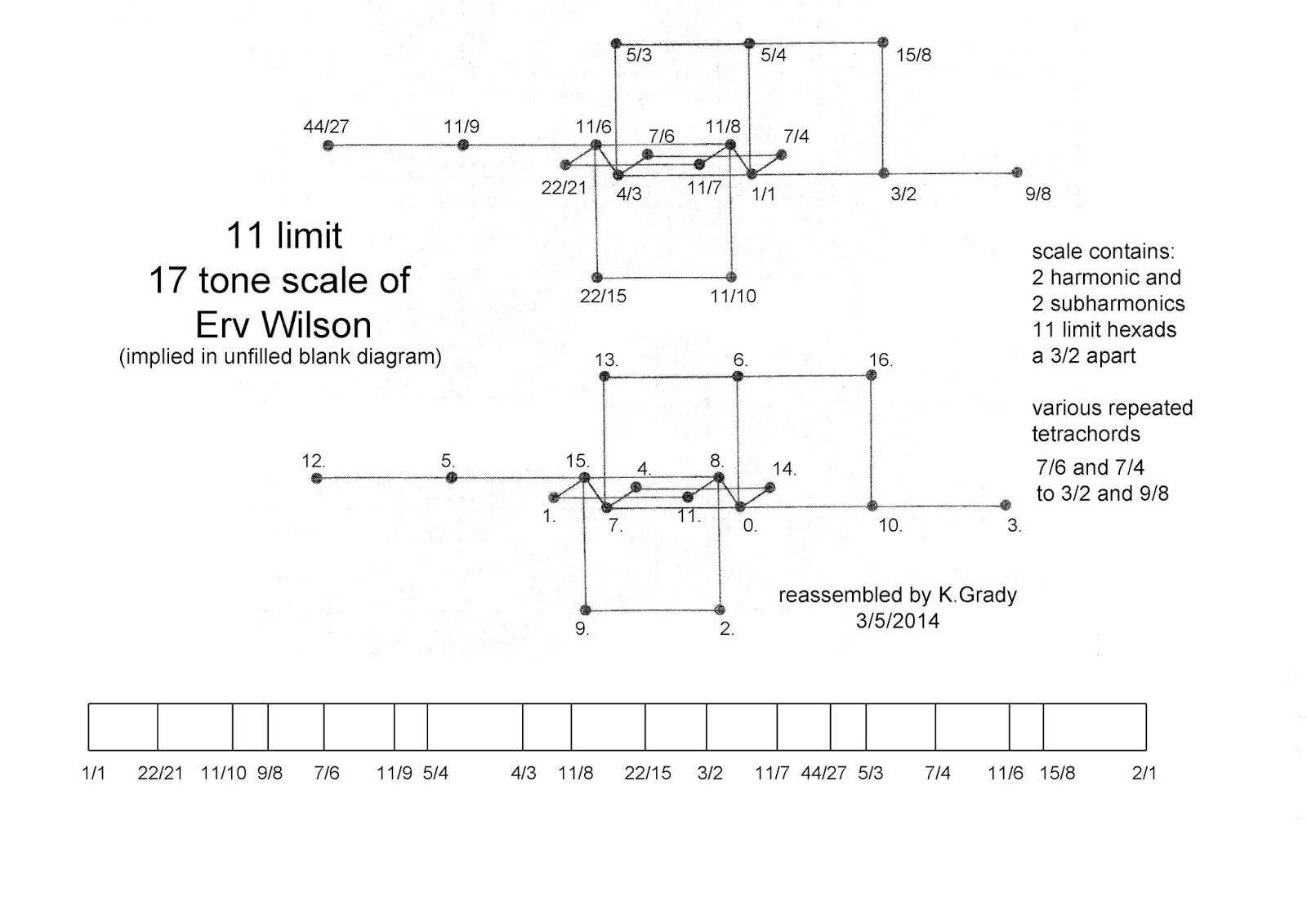 Thus scale would work quite well as an introduction and ear training scale for those interested in both 11 limit harmonic and subharmonic material with a limited amount of notes.

The bottom Diagram is a blank Lattice found among Wilson's papers. No copy of him filling it in has so far been found. Taking how he normally lattices scales it produced an interesting and unusual scale. It contains two full harmonic and subharmonic series up to 11th which enables many tetrachords of both or mixed variety.  One of the first things noticed is that the scale develops more in the direction of the 11th than the 7th limit direction which is a bit out of the ordinary. The bar at the bottom shows how well it fills space.

I cannot but relate this scale to my own "Centaur" Scale as it would function extremely well for what "Centaur" hoped to examine. It explores on an 11 limit level what Centaur did on a 7 limit. If a keyboard would have been available to tune to 17 places , it is exactly this type of scale that would have be sought. Thus this scale would have easily been the very first scale i wished for. Giving access on a sustained instrument a bedrock of material i so desired to hear.

This scale will be included on the Centaur page for the reason sited.

UPDATE! As fate would have it, look what I  found only a few hours after posting. Here is an actual drafting of the scale above by Erv Wilson next to the blank that led to the scale. In this diagram the inversion is contemplated as an alternative which i had not pointed out above. 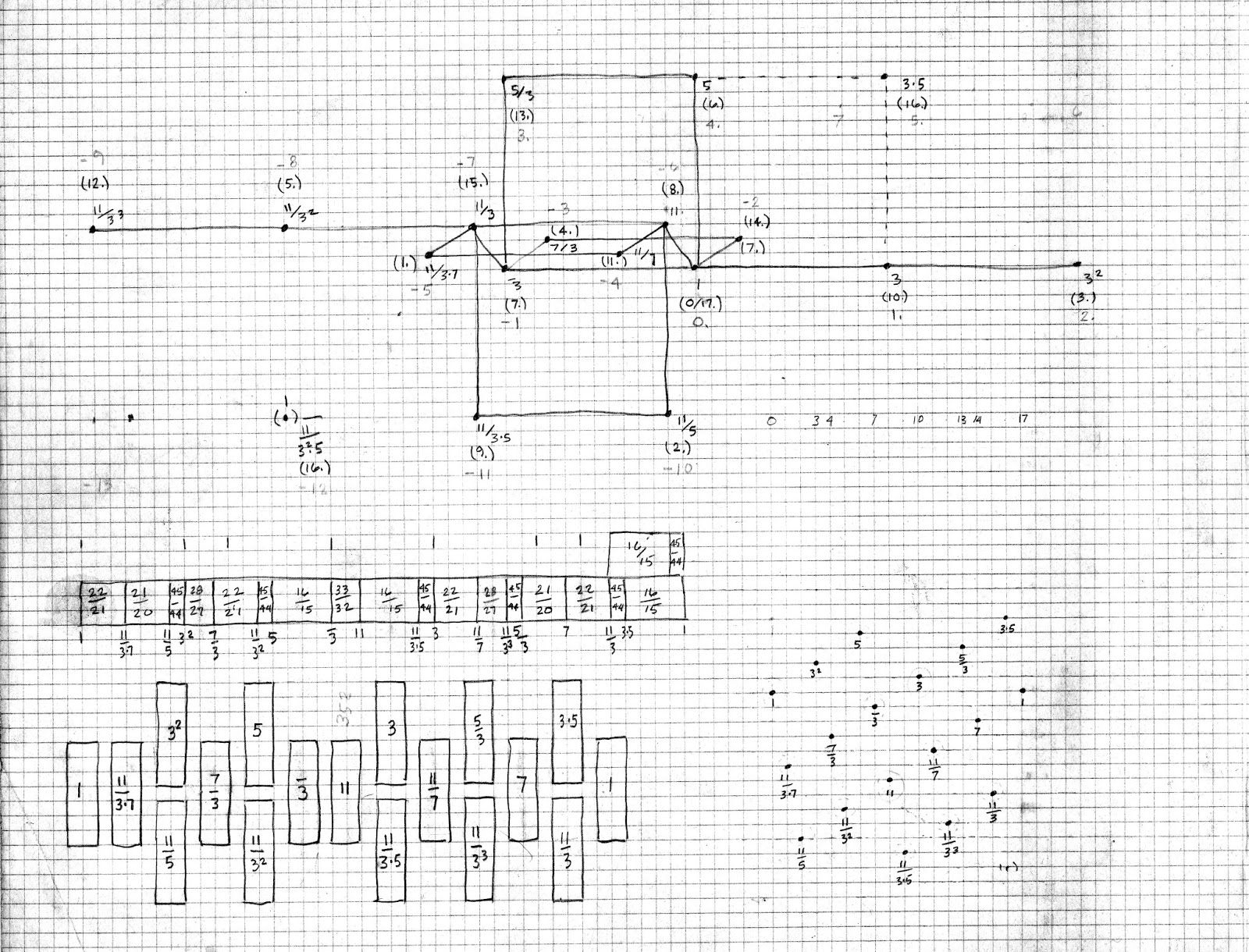 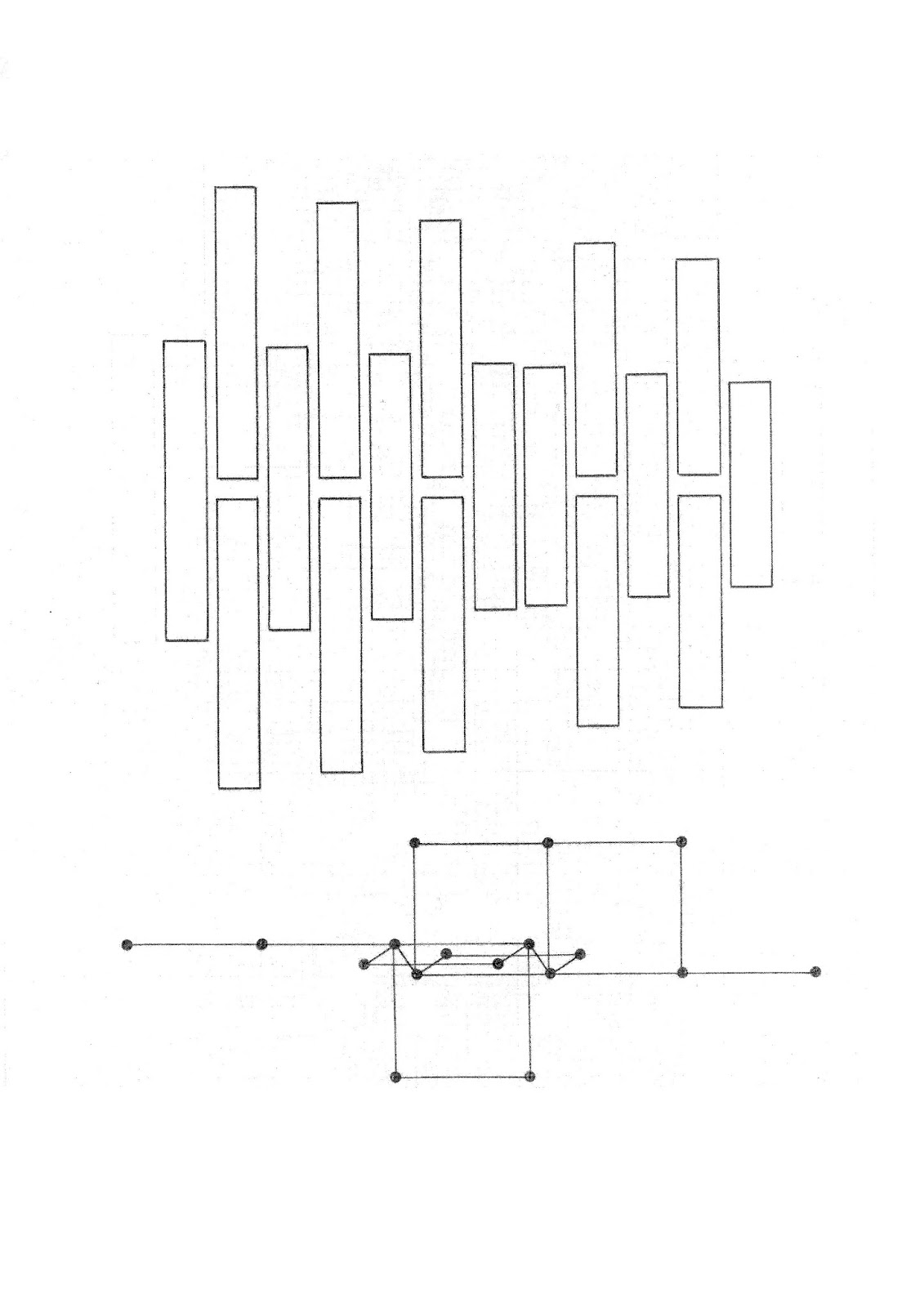